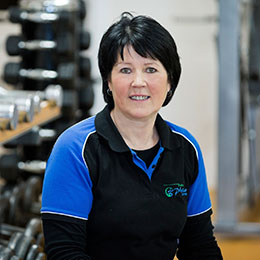 Linda completed her Degree in Exercise and Sports Science at UCOL in 2008.  She joined RPC in February 2009 working as Mike’s assistant.

In 2010 Linda’s role became full-time when, in addition to her work with Mike, she took on a second role as Administration Assistant. Linda is a keen rugby supporter and has assisted as Sports Medic for various teams during the winter sports season.

Originally from Palmerston North, Linda spent 11 years in Ohakune running a ski and snowboard retail business. She is a keen skier and all four of her children snowboard.