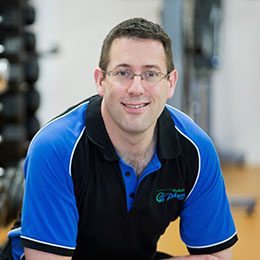 Michael is a one-eyed Cantabrian married to Vicki and father of three.  He gained his physiotherapy degree at Otago University in 1996 and gained his Masters in Sports Physiotherapy in 2003. He is also a PAANZ registered acupuncturist.

He has worked in a variety of situations including The Burwood Spinal Unit and the Burwood Pain Management Centre.  In addition he has consistently worked with elite athletes and with a multitude of sporting organisations including the Canterbury Rugby Football Union, the Manawatu Rugby Football Union, Manawatu AFC and Youngheart Manawatu, the InspireNet Jets, and the International Rugby Academy of New Zealand.

Michael is the Clinic's 2IC. He has taken on the role of Clinical Director under the ACC Contract. He is also responsible for Student supervision and is also our IT expert.

He has a special focus on rugby, running and martial arts.